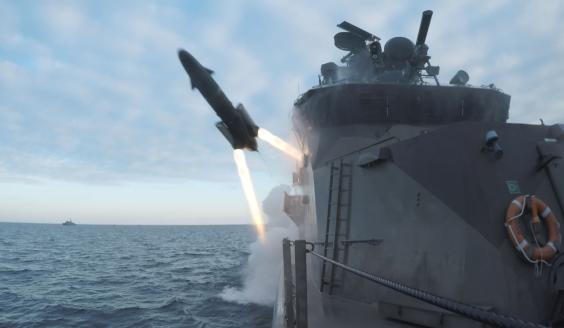 The Finnish Navy improves its capability by modernising combat vessels and systems, and by new acquisitions. The aim of the maritime defence development programme is to secure the Navy's mine laying and mine counter-measure capability, to replace obsolete anti-ship missiles and to ensure the Navy's capability to protect and defend the maritime traffic. This requires a sufficient number of combat vessels. This number will, however, due to ageing, significantly decrease from 2025 onwards.

It is the task of the Navy to secure Finland's territorial integrity at all times, which requires the Navy to be capable to respond quickly according to the situation at hand. The readiness also includes the capability to provide executive assistance.

The Baltic Sea is a vital channel for energy transports and merchant shipping to and from Finland. In the case of interference with these transports, or if Finland's western connections would be cut off, this would affect the whole society.

Also in the future, the Navy needs to be able to control sea and archipelago areas that are vital to its activities. Sea areas can be controlled by laying mines and by surface-to-surface counter-measures. The coastal units need to be able to protect vital assets and functions. The capability to repel maritime offensives needs to be extended far out at sea, to areas from where it would be possible to affect the defence system and society. This requires an up-to-date situation picture, leadership capability and capability to affect targets.

Contracts for the Pohjanmaa Class Corvettes Signed in Turku

Mine Hunter Coastal Vahterpää delivered to the Finnish Navy