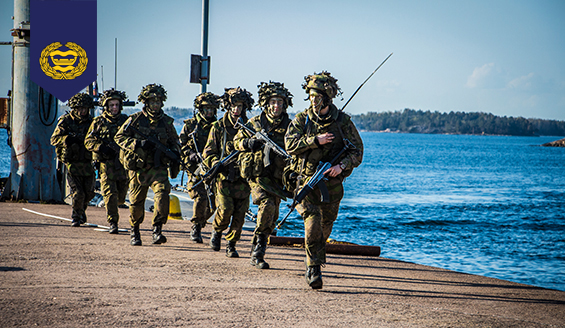 The main task of the Nyland Brigade is to produce mobile coastal jaeger troops to meet the needs of the Finnish Navy and Defence Forces in wartime and in crisis situations, as well as for international duties.

The Nyland Brigade is the only troop in Finland offering military training in Swedish. Therefore, most conscripts, whose mother-tongue is Swedish, carry out their military service in this brigade. Crisis management training is also given in English.

The troop co-operates closely with other troops within the Finnish Navy, the Army and the Boarder Guard. The Nyland Brigade’s troops are active in the archipelago and along the coast. The brigade also maintains preparedness to participate in international operations with an amphibious task unit.

The traditions of Nyland Brigade are over 390 years old.