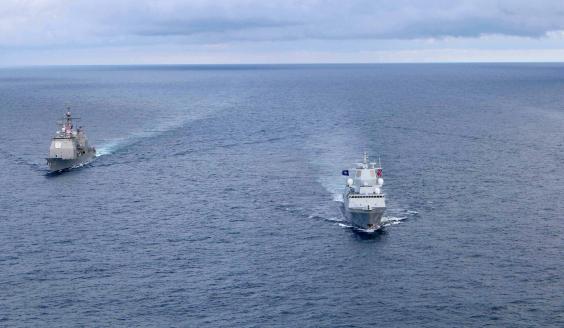 The visit will be hosted by the Chief of Finnish Navy, Vice Admiral Veijo Taipalus.

In conjunction with the Commander’s visit, Standing NATO Maritime Group 1 (SNMG1) will arrive in Helsinki August 25 for a scheduled port visit as part of the group’s deployment in the Baltic Sea. The group will be hosted by Coastal Fleet.

Finland is one of NATO’s most active partners and a valued contributor to NATO-led operations and missions – it is one of five countries that has enhanced opportunities for dialogue and cooperation with NATO.

The leadership discussions and port visit are a practical outcome of Finnish partnership with NATO in NATO’s Partnership for Peace program. The Commander’s visit allows for discussions on Finland’s maritime cooperation with NATO and the port visit provides an opportunity for sailors from the group to work with their Finnish counterparts to exchange information and enhance interoperability.

During the port visit, the SNMG1 command team will meet with local civilian and military leadership in Helsinki. The port visit is also a great opportunity for the sailors to enjoy a break from operations.

Some of the ships will be open and welcome visitors aboard both Saturday 26 August and Sunday 27 August from 13.00 to 16.00. The ships will be at Hernesaari Quay, Helsinki Harbor, Henry Fordin katu 5.

For security reasons, the following is not allowed to be brought on board:

All visitors and their baggage may be subject to search before entry.