The Navy to take part in the exercise BALTOPS 2021 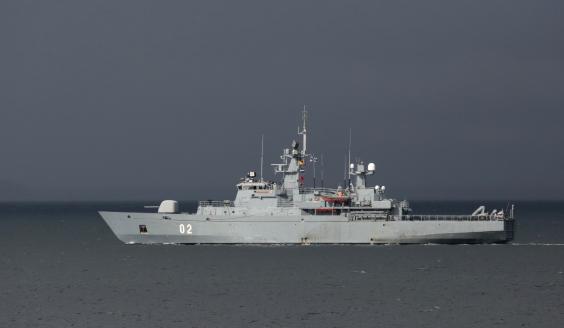 The Navy will participate in the BALTOPS 2021 maritime exercise 4 - 18 June 2021 with two vessel in the Baltic Sea.

BALTOPS is an annual multinational maritime exercise in the Baltic Sea planned by the Naval Striking and Support Force NATO, and the biggest one the Finnish Navy is to participate this year. Participating Finnish vessels are Mine Layer Hämeenmaa and Mine Hunter Coastal Vahterpää. According to the original plan, more than 4000 navy soldiers from 14 countries will take part in BALTOPS 21.

The Finnish troops' objectives of the exercise are developing national defence and enhancing personnel's abilities to act in an international framework. The exercise developes the interoperability between NATO and partner countries' Navies, Air Forces and special forces in the maritime environment.

The Finnish vessels will operate in separate units. Mine Layer Hämeenmaa participates in the surface warfare unit and Mine Hunter Coastal Vahterpää in the mine countermeasures unit, which is led by the Standing NATO Mine CounterMeasures Group 1 (SNMCMG1). Training with the SNMCMG1 supports Vahterpää's preparations for the NRF-period which is planned for the year 2022.

The exercise will be executed respecting the COVID 19 -restrictions.