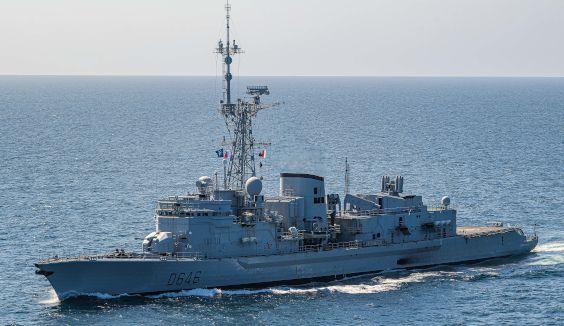 The French Navy ship is on an individual visit, separate from the U.S. Navy ships, but they will all berth in Hernesaari harbor at the same time. In the same harbor there is also a German Navy ship FGS Sachsen, which arrived earlier this week, on Wednesday. The U.S. ships had an exercise together with the Coastal Fleet's ships in the Northern Baltic Sea last week, and the German Navy ship exercised with Coastal Fleet in the beginning of this week.