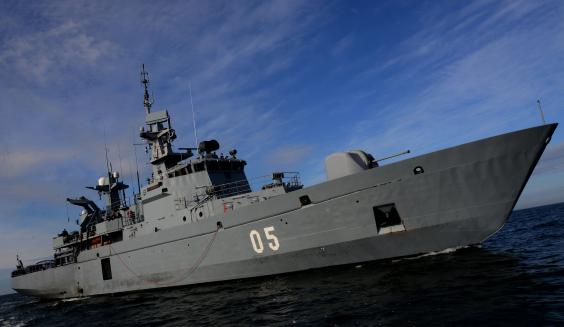 The cooperation between the Finnish and Swedish naval forces is being developed in annual joint naval exercises. This year, the SWEFINEX -2016 will be hosted by the Swedish Navy in the waters around Gotland 16–24 May 2016.

The exercise is part of the cooperation between Finland and Sweden with the aim of increasing the operational readiness of the Swedish-Finnish Naval Task Group (SFNTG) according to the Vision 2023. The exercise supports the counties' capability to act jointly, under common command within the SFNTG, in case of a naval crisis. Finland and Sweden take turns in hosting the exercise.

The aim of the joint exercises is to deepen the capability of the Finnish and Swedish naval forces to participate in international crisis management operations and to develop the command and cooperation capabilities of the SFNTG vessel units. The joint exercises also provide flexibility in providing mutual support.

The SFNTG naval task units have exercised together in the current composition since last year (FINSWEEX15). The first exercise under the new concept was held in 2014. The cooperation, which aim it is to have a bilateral standing Naval Task Group, was initiated in 2001. Finland has been participating in joint exercises with Sweden since the 1990s.