Minister of Defence Niinistö: International exercises are a good addition to national training 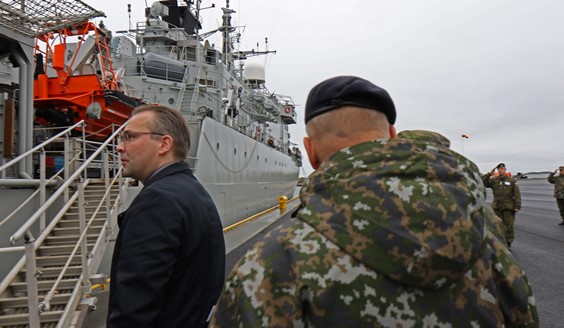 Minister of Defence Jussi Niinistö and the Chief of Defence Jarmo Lindberg inspected Northern Coast 18 exercise in Hanko peninsula area on the 6th of November. Exercise started on the 25th of October and will finish on Thursday the 8th of November and is hosted by the Finnish Navy.

The program of the inspection included discussions with German and Finnish troops and a visit to HMS Carlskrona, the Swedish command vessel of Swedish- Finnish Naval Task group. According to the minister the exercise which is on its final stretch proves that Finland is capable of organizing large scale exercises.

- Everything has gone according to the plans and no major accidents have happened. This is a positive sign. 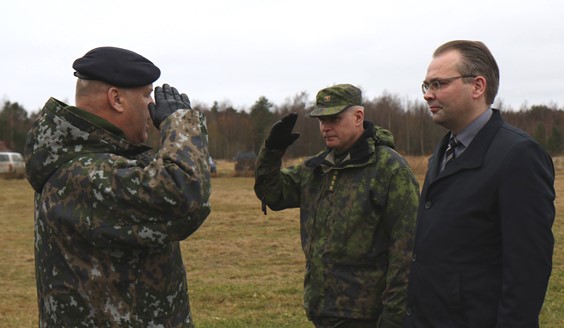 International exercises have received a lot of attention in the recent times. Niinistö reminds that the aim of all training is the development, strengthening and upkeeping of the national defence.

- International exercise provide a platform for us to compare the level of training of our troops against other militaries. Exercises like Northern Coasts and Trident Juncture complement our national exercises. International cooperation has its own challenges and training helps to ease these so that we are ready if needed.

Defence Forces plan for the international exercises for 2019 was approved during the Fall. For the Navy main exercise will be the German lead Northern Coasts 2019. In addition there are various smaller and bilateral exercises with Sweden and Estonia among others.

- In my opinion the level of the international exercises is appropriate. There is a slight increase in the number of the exercises but with a closer look one can see that these are mostly exercises where the participation is limited to few staff officers.