Northern Coasts 18
Freedom of movement at seas is essential 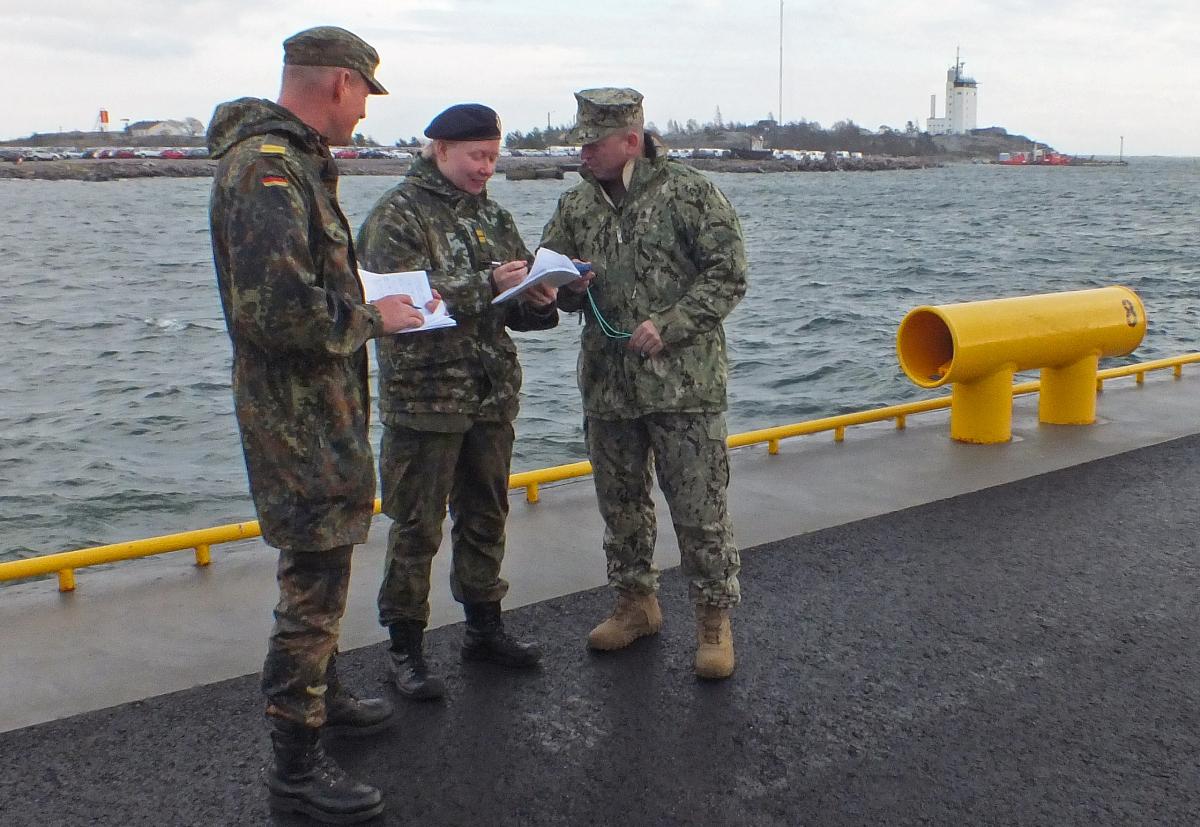 In NOCO18 exercise one of the training topics is the information exchange between military and merchant shipping through NCAGS (Naval Coordination and Guidance for Shipping) center. Safe and secure merchant shipping must be enabled even under high risk situations.

NCAGS center for the cooperation is established in Auriga in the vicinity of the Port of Turku. Representatives of the Finnish Transport Agency and Border Guards work in close cooperation with the EXCON staff (Exercise Control). Office has a large number of reservists from participating nations as the work demands strong skills in merchant shipping. One of these is lieutenant commander Wim Plancke from the Belgian Customs Office whose task is to follow the maritime situation in the Archipelago Sea. His display is filled with civilian, merchant and military vessels - so called white and grey shipping.

Free shipping is essential to Finland as roughly 80% of her foreign trade is seaborne. So called Pattern of life principle is a common term in sea faring. This means that ships must be able to move freely according to their own schedules daily, weekly and monthly.

"Military activities can not disturb the schedules of merchant vessels. Therefore our task is to make sure that vessels can move without delays or disturbances. You can´t move a big frigate into the middle of merchant sea route during the busy hours", clarifies Plancke.

It is also important to understand and estimate the capacities of ports under abnormal situations.

"We investigate the possibilities and limitations of ports under different abnormal situations. These include for example port’s capabilities to load and unload different size cargoes or its capability to support transports of supplies like frozen goods or other items that need cold chain of supply."

Commander Uwe Böhme from the German Navy works in the EXCON and has paid close attention to the working of the center. This type of cooperation is going to be an important part of future international exercises.

- The planning for the exercise started already in January. This is the first time that we have an NCAGS in an exercise and the training responsibility for the NCAGS rests with the German Navy. Last year we were in Sweden to train this activity and it looks like we are going to make NCAGS a permanent fixture in these multinational exercises.

- The cooperation with Finnish authorities has been seamless and it has been easy to coordinate with various actors. In the operations phase of the exercise we will test how things really work out, concludes commander Böhme.

Lieutenant (res) Meeri Tengström is the first Finnish reservist in NCAGS function. She has studied shipping and has worked on a number of merchant ships.

- The maritime situational picture in Finland is normally formed in cooperation between the different authorities: theFinnish Transport Agency, the Border Guards, the Finnish Defence Forces and the Finnish Transport Safety Agency. This works in excellent manner but it is interesting to see a different way of handling things and at the same time take a different point of view to things that one takes self-evident, comments Tengström.

- The assessment missions give us a new angle on evaluating ports. We have conducted port assesments from a Finnish Air Force Pilatus aircraft and Border Guard patrol boat.