The procurement decision of the strategic Squadron 2020 project, the Pohjanmaa Class multi-role corvettes, was approved in the Government Plenary Session on 19 September.

The signing event of the contracts between the Defence Forces Logistics Command, Saab Ab and Rauma Marine Constructions will be held in Turku on 26 September.

The Navy is very pleased with the procurement decision and the content of the contracts. With these corvettes the Finnish Defence Forces is more effectively able to conduct daily surveillance all-year round and secure Finland's territorial integrity, to repel attacks from the sea, and to defend maritime connections vital to Finland.

The goal has been that these vessels will replace the Navy's decommissioned and soon-to-be-decommissioned combat vessel capability with capabilities meeting the requirements of future operating environments. This acquisition vital from the perspective of defence capability because it will form the backbone of the Finnish Navy's capability and combat vessel fleet. The procurement project has also been a success from the perspective of security of supply, domestic shipbuilding and system maintenance capability. The purchase will create jobs and knowledge for domestic companies, which will also enable maintenance and service of the vessels and its weapon and sensor systems during the entire designed life cycle of the class.

The Navy’s new Pohjanmaa Class multi-role corvettes will contribute to the entire defence system, because their systems will be interoperable with those of the Army and the Air Force.  It has been designed to meet the performance requirements set by the Finnish Defence Forces and the area of the Baltic Sea. The vessels have multiple weapons systems and sensors. Finland’s demanding conditions require the ability navigate in different ice conditions, a long operating time in any kind of weather on the Baltic Sea, and the ability lay naval mines. The Commander of the Finnish Navy, Commodore Jori Harju emphasises that the vessels are a purchase for the whole of Finland.

The Pohjanmaa Class ships are purchased and manufactured for Finland, above all else, so that the Navy maintains its capabilities and is able to secure living in Finland for its citizens during normal and emergency conditions. These contracts that were signed will provide the Navy with a high performance combat system. This purchase is vital and strategic for maintaining the Finnish Defence Forces’ maritime capabilities.

- I am very happy with the contract that was just signed. We will get a squadron that will meet both Finland's peacetime and wartime needs, Harju summarises.

The Pohjanmaa Class is a versatile and capable class of ships that will bring new characteristics to the Navy's doctrine. The new capabilities enable such things as use of fires on ground targets, creating a more real-time situation picture, more extensive joint operations with other units of the Defence Forces, and a more effective surveillance and strike capability against underwater targets. The new Pohjanmaa Class will remain in service in the Defence Forces until the 2050s. 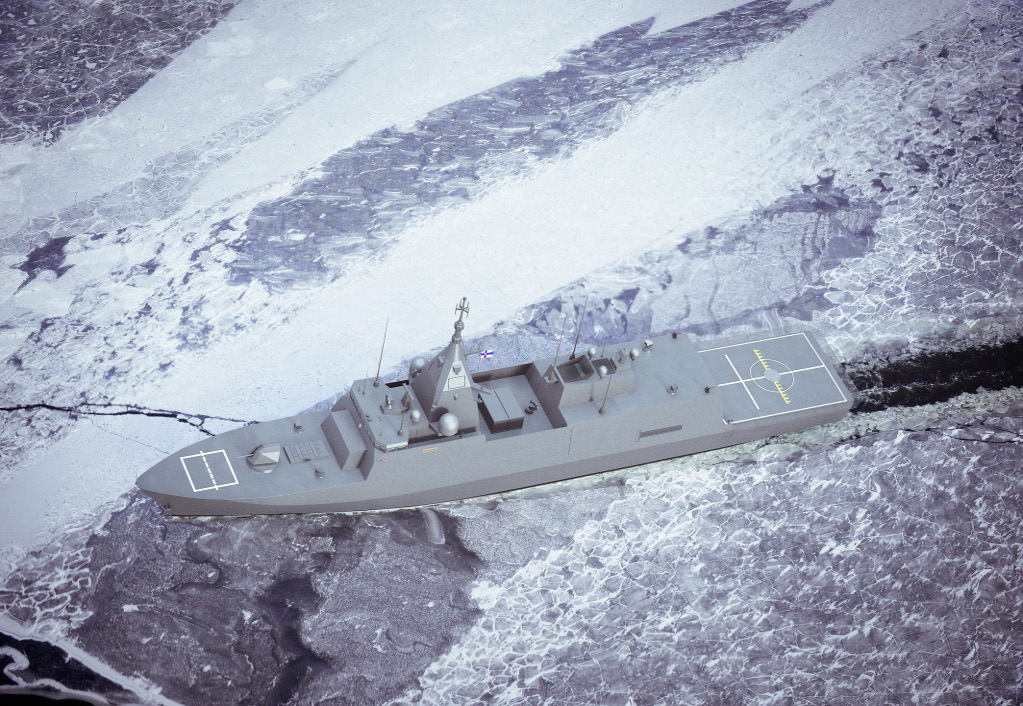