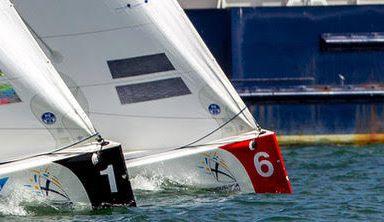 The World Military Sailing Championship 2018 (WMSC2018) will be held in Suomenlinna, Helsinki between 14.-21.6. The event is organised by the Finnish Naval Academy in cooperation with the International Military Sports Council (CISM).

There will be 16 competing teams from different countries. The teams include Olympic-level sailors. The championship belongs to World Sailing Grade 2 and it will be a match race. The boats used in the championship will be J-80 class. The event will also host a delegation of Chinese observers who are preparing for the next year’s Military World Games.

The competing teams will arrive in Helsinki on Thursday 14.6. The competition starts on Saturday 16.6. The final will be on Wednesday 20.6. The whole programme and latest news can be found at merivoimat.fi/en/wmsc2018 and on Facebook page "50th World Military Sailing Championship 2018". The event can be followed on the Finnish Navy’s social media channels.